Four little kittens were brought to a shelter without a mom. But the momma cat came back to look for them. 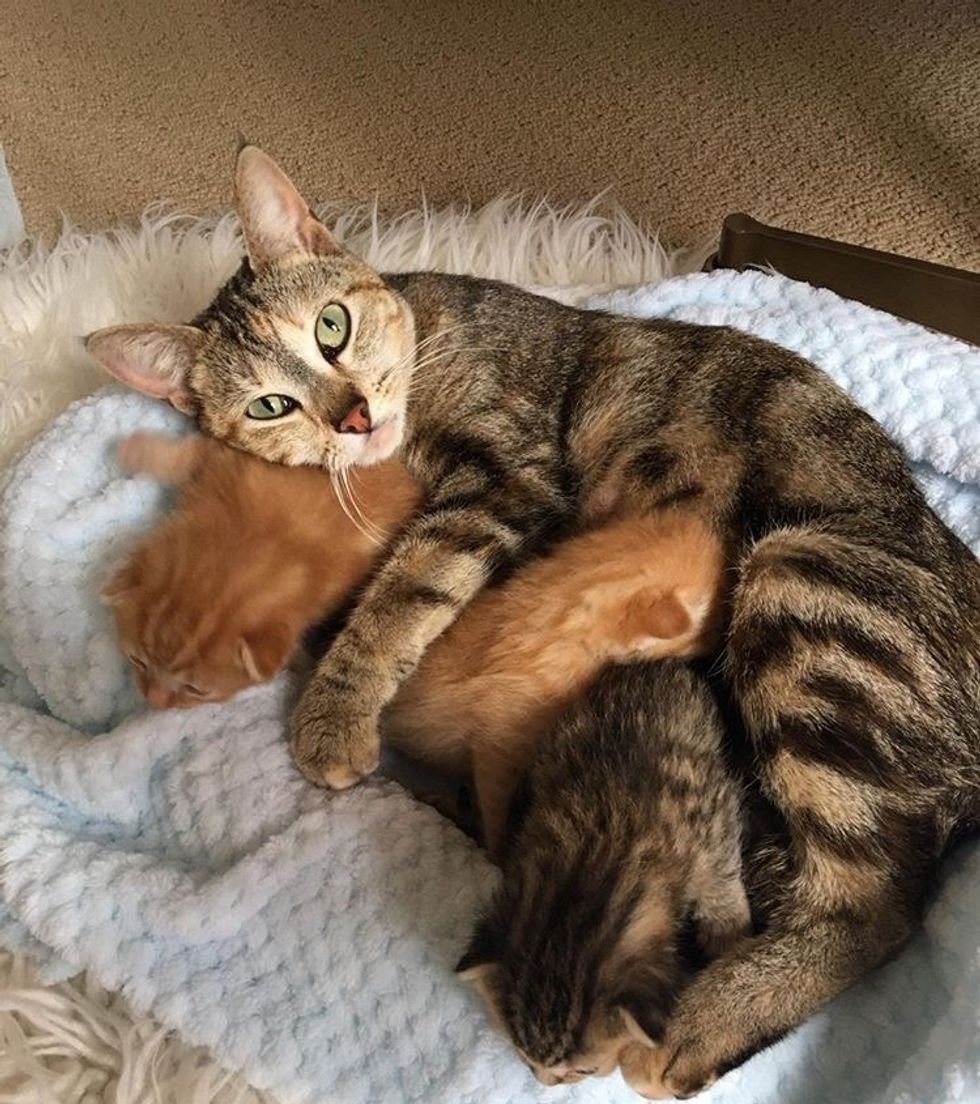 A few days ago, Alissa Smith, co-founder of Wrenn Rescues, was contacted about four 10-day-old kittens needing rescue. Staff from a shelter in Downey, California were desperately trying to find them help.

“There were only 15 minutes left, and no one else was able to take them but thankfully, the networking group got them out safely, and a wonderful woman named CJ transported them all the way out to Ventura County, California to us,” Alissa told Love Meow.

The kittens were found in someone’s yard along with their mother, but the cat mom quickly escaped and ran off.

Ashley, a foster volunteer, immediately started overnight bottle feedings. Jenifer Hurt, co-founder of the rescue, took over the bottle duties during the day. 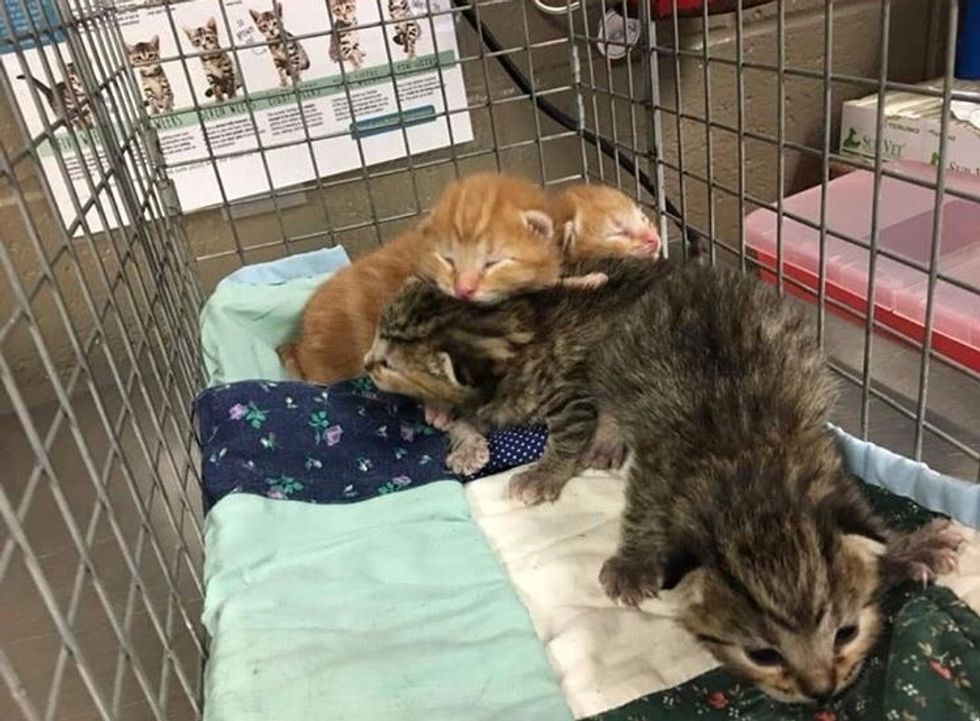 “The kittens were very obviously well taken care of by their cat mama. When orphaned kittens land into the shelter, they don’t usually see their mama again,” Alissa said. “Another important reason to leave kittens where they are found (and wait for the mom), instead of taking them to the shelter.”

Ashley and Jenifer were fully prepared to hand-rear the kittens until they were weaned, but then something amazing happened. 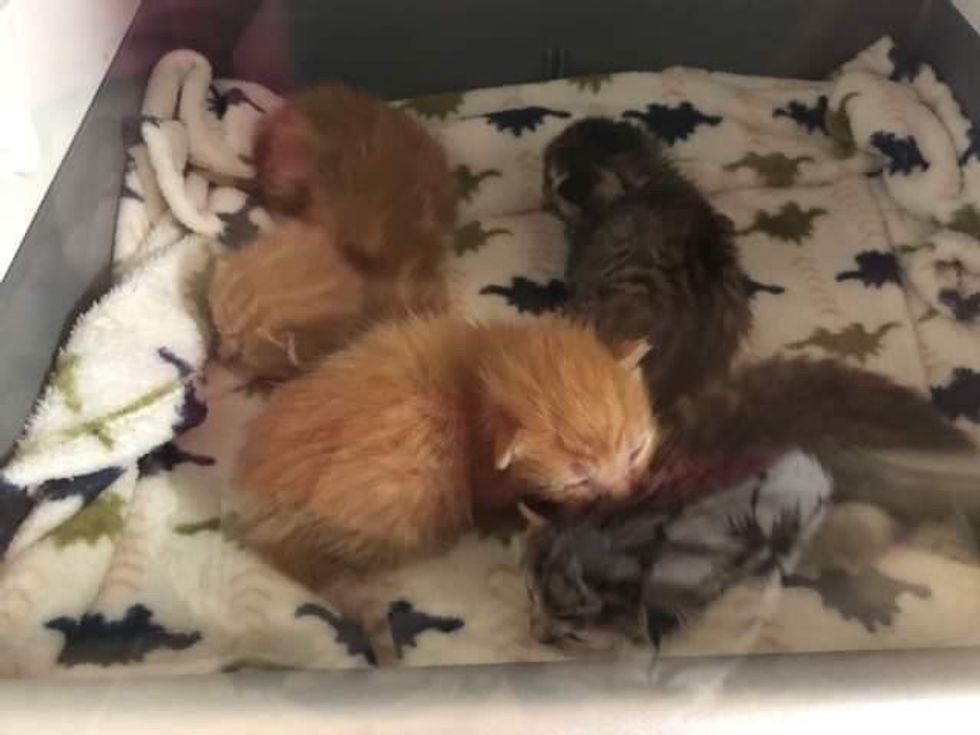 The residents who dropped off the kittens, came home and were surprised to find the cat mom outside looking for her babies. “They were able to catch her and bring her in,” Ashley told Love Meow.

The next day, the momma cat was brought to her foster home to be reunited with her kittens. 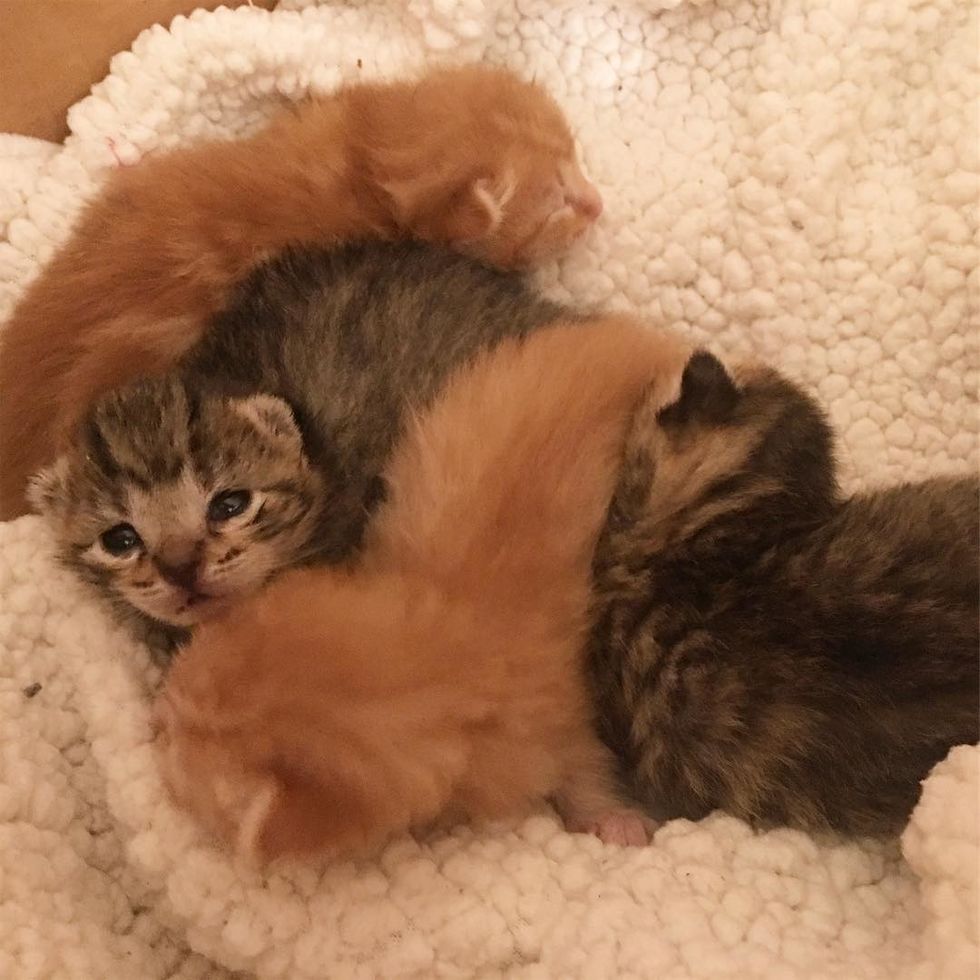 At first, she was very shy after the ordeal and refused to come out of the carrier until Ashley brought a baby close to her.

“I held a baby up to her and she visibly calmed down. We coaxed her out of the carrier with it,” Ashley said. “She went right over and curled up in the middle of her kittens, purring. They all went right to her, and started nursing.” 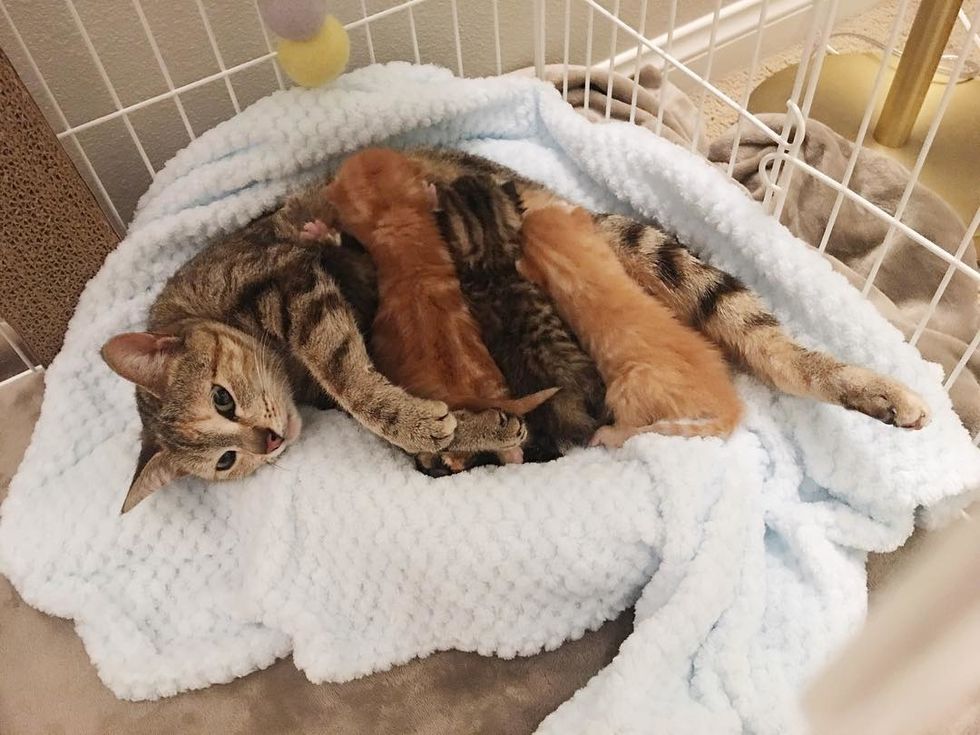 The sweet mama was in pure bliss, purring and kneading with her paws while feeding her hungry little kittens.

“I don’t think we have ever seen something so heartwarming,” Alissa told Love Meow. “So unbelievable that this miracle occurred. To say that the reunion went well is an understatement.” 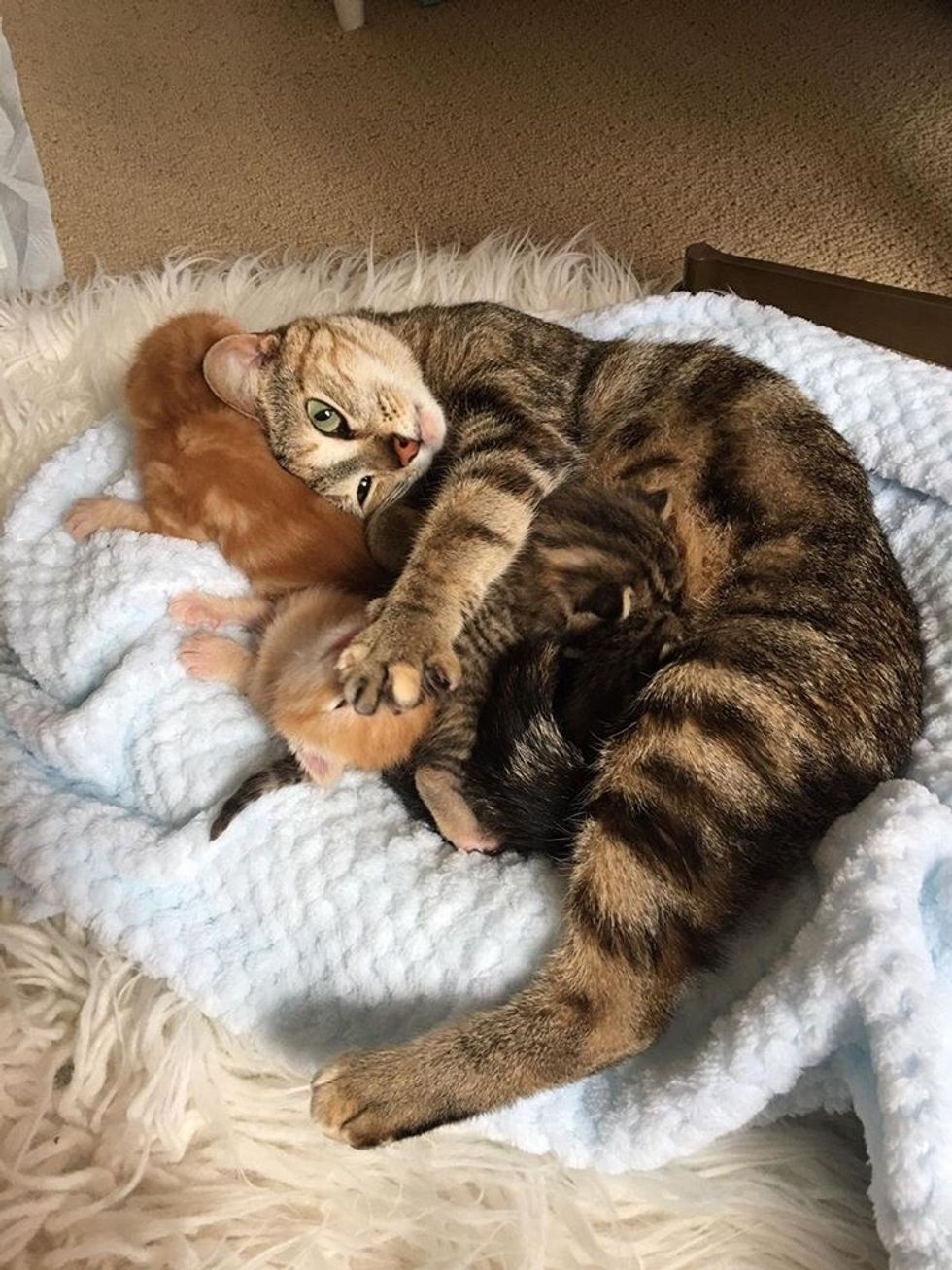 The following morning, Ashley woke up to a friendly cat mama snuggling up to her and purring up a storm.

Watch mama and her kittens in this adorable video:

Stray cat reunited with her kittens at foster homeyoutu.be

“As neonatal kitten foster parents, we do everything under the sun to make our fosters happy, comfortable and content.” 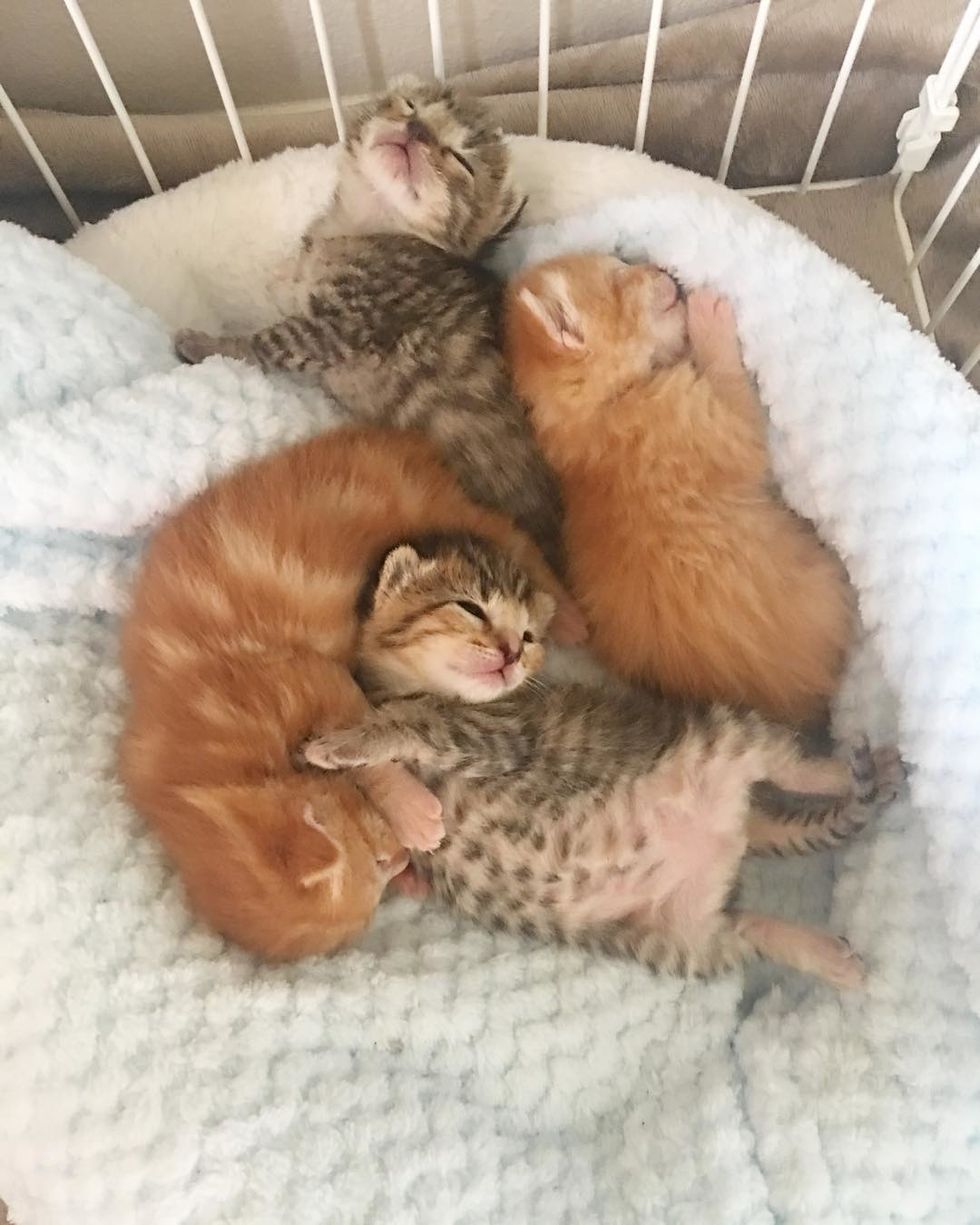 “Nothing we can do compares to the blissful feeling of having a mama lying next to them,” Ashley said.

“She is a patient mom and her gratitude to be back with her kittens is palpable. These are the happiest and luckiest babies.” 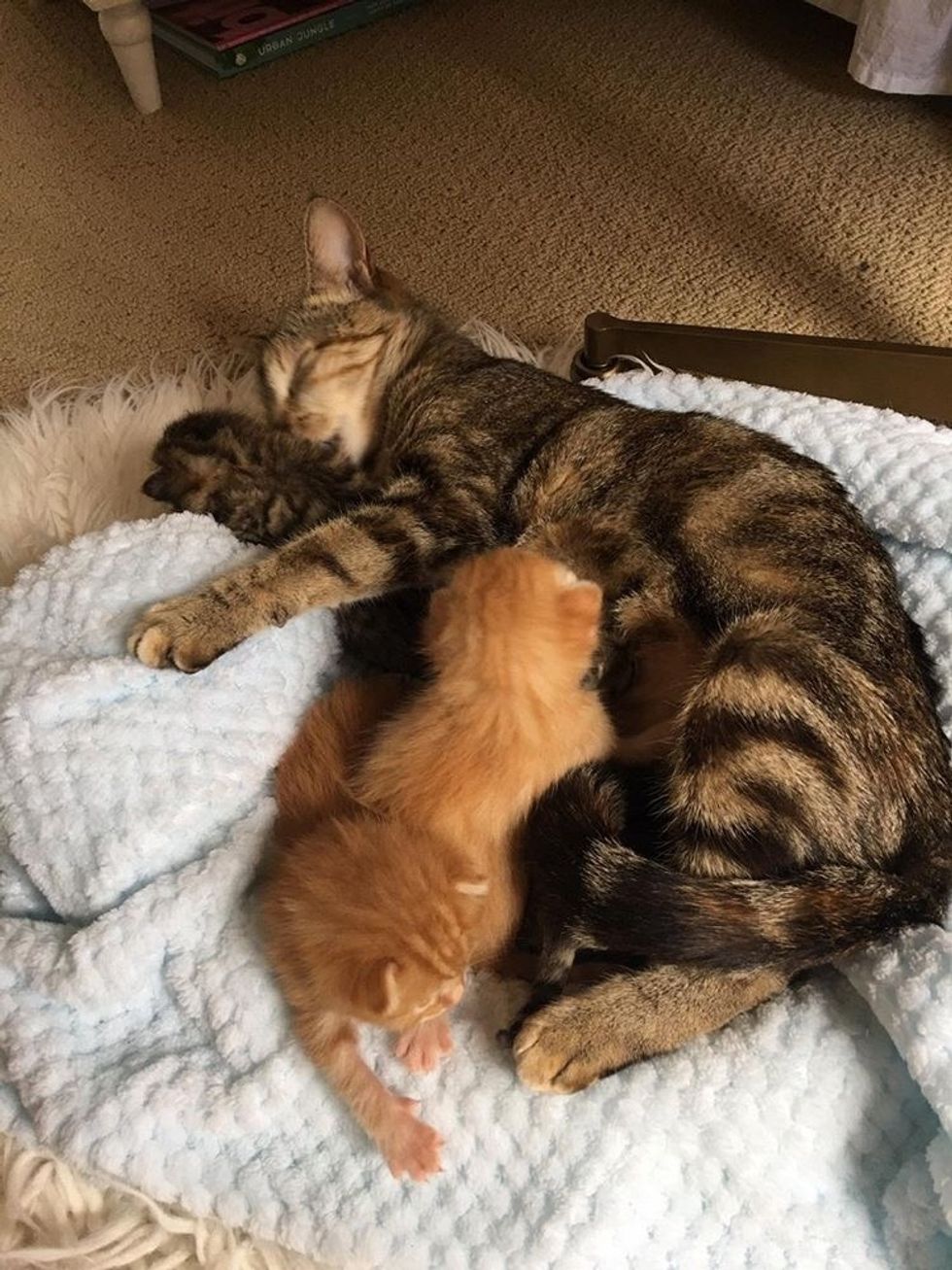