Dogs are our most faithful, loving, and loyal companions, which is why it’s so heartbreaking when humans fail to offer even basic decency in return.

This sadly common case is, unfortunately, what happened to Ray, an an 8-year-old Labrador approaching his twilight years. When the dog started to become old and infirm, he was cruelly dumped on the streets, despite being a very good boy for so many years.

Naturally, Ray was rather depressed about this turn of events, which seemed especially cruel because he’d only given love in return. Nor did his new homeless status do anything to improve his pre-existing health issues.

By the time he was finally rescued from the streets of Torrance, California, the dog was so sick, filthy, mangy, and skinny he looked like a walking bag of bones. 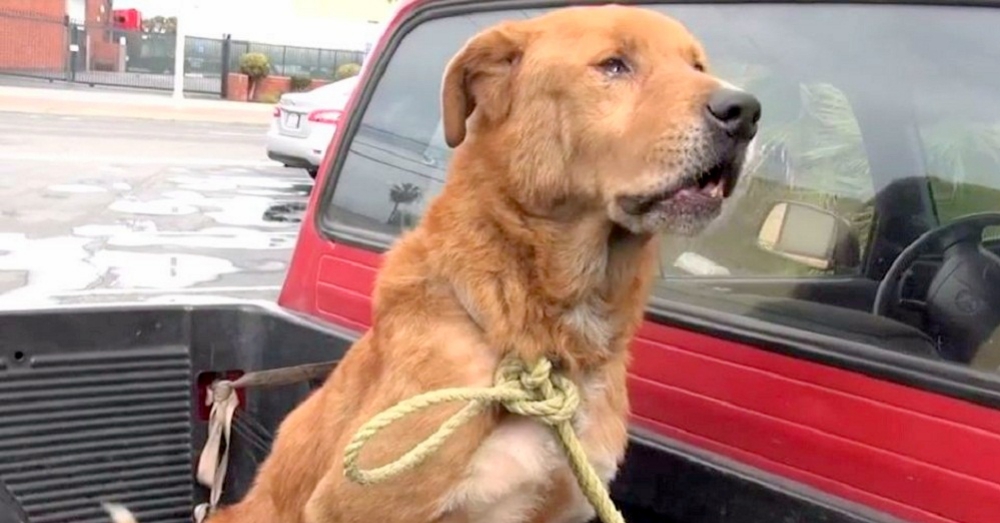 But Ray’s weight — or lack thereof — wasn’t his only health issue. The dog’s eyes were almost crusted shut by hot, dusty weather, and his mangy coat was missing patches of fur in some places.

Thankfully, the kind volunteers at the nearby Carson Shelter took pity on the former house pet and started showering the old dog with love, medicine, and healthy food. In time, the senior’s health, weight, and spirits were considerably improved. At long last, Ray was finally ready to find his forever home.

However, when staff put this re-invigorated senior into the adoption queue, still nobody seemed to want him. This seemed to be a cruelly repetitious tale. Ray gave so much to everyone around him, but his love and devotion had yet to be returned. 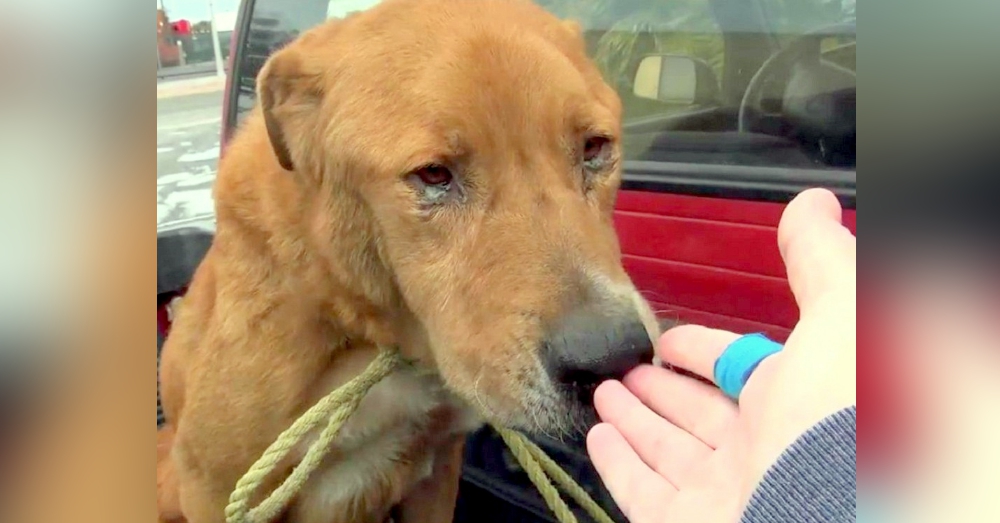 Finally, one day a family came to the shelter to extend their four-legged family. They’d actually been looking for a puppy, but after meeting Ray they realized this long-suffering pup was actually perfect for their family.

Just like that, Ray’s luck had changed. We’re so happy this long-suffering dog finally found the loving family he deserves!